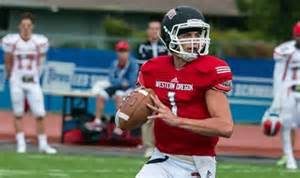 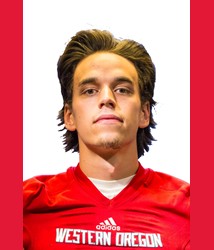 Best situation financially for my family and I

I am from Issaquah, Washington

My role model would have to be my older brother, I have looked up to him my whole life because of his extremely hard working personality and competitive athletic adolescence

I have had a few scouts meet with me, the Vikings and Chargers and Steelers. They are saying they love my ability to throw the ball and move around in the pocket and escape pressure, but are worried about my shoulder that is 8 weeks into recovery out of surgery.

I played baseball and basketball all my life until high school when I wanted to just concentrate on football.

In high school before I was the starting QB, I helped the team out by playing WR and in junior football I played corner back.

At my position what separates me from others must be my ability to throw an accurate deep ball, and my ability to move in the pocket under pressure and deliver a pass on the run with a quick release.

When breaking down film, I tend to look for athletes tendencies pre-snap or during the play. A lot of the time you are able to pick up on little things like that, which will give you a serious advantage on game day. I also enjoy watching the linebackers and how the cover the flats and the middle of the field, whether they play deep or shallow.

I would compare myself to Aaron Rodgers because of his arm and mechanics, I believe we can “flick” the ball similarly and he is deceptively very athletic.

I do not have a “set” pre game ritual but I do make sure I stay very calm and composed and relaxed prior to a game and I usually have my Earth Wind and Fire greatest hits album playing in my headphones.

My biggest strength is my ability to be a natural leader, no matter what team I have ever been on I have been able to positively affect my teammates attitudes and abilities, and make many great friendships along the way

My biggest weakness must be my stature, I have heard it all my life I am too skinny to be playing at the next level, and I have been trying to gain mass the past 8 years and just now recently I have been having more success.

If you were a GM, I would stress to you my incredible competitive spirit I have had my entire life which has pushed me to get this far already with out a mind set that my career has just begun. I would tell you, I would take advantage of this amazing opportunity to the fullest, and I will be the best person and quarterback I can be.

I have always been a Seattle Seahawks fan my entire life, and growing up my favorite players were Randy Moss, and Tom Brady.

I would want to have dinner with Randy Moss, Vince Lombardi and Chris Farley.