I actually started out at Troy university out of High school then went Juco (junior college) for a semester. Out of JUCO I had 6 offers

I came on a visit and really liked my position coach. I was also impressed with how many players got opportunities to play at the NFL and CFL level in recent years.

I’m originally from Florida (born in Pensacola Florida, lived in Fort Walton Beach Florida, and (Jacksonville Florida) and Birmingham, Alabama is where I live currently and played my High School ball.

My dad because of his work ethic. When I was younger he would always train with me and help me workout no matter what the sport or position was that I was playing. He also played football (lettered at Florida State University). My mom is a role model for me because of her selflessness. She has sacrificed so much for my younger siblings and me. My grandfather is also a very big inspiration to me because he always instilled in me the idea that your current situation should not determine your plans on where you’re going. He instilled in me what he called the “11th commandment” which states: “thou shall not quit” 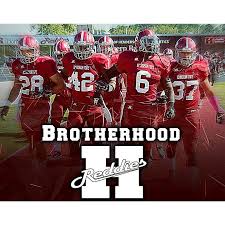 There have been two scouts (that I know of) that met with my coaches during the season and asked about me. Most of them were impressed with my NFL jr Day workout this past spring (2014).

I played baseball, basketball, and ran Track. I lettered in track and field for three years in high school and was a state champion finalist for 2 years.

I played cornerback and wide receiver.

I believe that my athletic ability helps me as well as my work ethic. My ability to block kicks and make plays on special teams also helps me stand out.

The very first thing I look at is whether or not the QB “eyes” his WRs all the way. This means that he essentially knows who he is going to throw the ball to before the play. Then I’ll usually start breaking down formations and try to notice certain route patterns by the wide receivers. After awhile I start to notice patterns in the offense (whether routes or blocking schemes) and then I see how those patterns fall according to down and distance. After that, it becomes really easy to know what the offense is doing depending on the formation and down/distance.

While at Troy the toughest WR I had to cover was Jerrel Jernigan. He currently plays for the NY Giants. While at Henderson State the toughest player I played against was Michael Hill a running back from Missouri Western and a current running back for the Green Bay Packers.

I would compare myself to Eric Reid mostly because of the fact that my body frame and athletic ability is similar to his. He plays with a lot of speed and intensity on the field. He is not just a pure coverage DB that can’t tackle and at the same time, he’s also not a hard hitting safety that can not cover. I have always felt that I’m very physical and have very good size compared to that of most of the DBs that I have played with. With that said, I have always been among some of the best in man to man coverage as well.

After high school, a close friend and teammate from high school (Darious) was diagnosed with cancer. During high school we trained together and told each other that we would be the two people from our high school to make it big in the NFL. After going through treatment and surgery, he could not walk anymore without assistance much less play football. He jokingly told me “now you’ve gotta make it there for both of us!” After I transferred from Troy University and went JUCO, I got a call from my dad that Darious had passed away. I was very depressed and almost wanted to quit playing ball, but when I came back home for his funeral God opened my eyes to show me that everyone is here for a reason. I was reminded of what Darious told me “now you’ve gotta make it there for both of us!” God helped me get through the situation by first letting me know that Darious is in Heaven now and opening the doors to continue to accomplish a promise that I made a friend.

Not particularly. I usually relax until about an hour before we have to be dressed . Then say a prayer and get ready to go!

My work ethic and athletic ability

I would mention my special teams play and how I have the ability to change to momentum and outcome of a game. I would also mention how I have competed against and trained with many players currently playing in key roles on NFL rosters. Unlike many rookies who go into the NFL from small school that might not know what to expect, I have some extra experience to bring to the table.

Brian Dawkins because of his physical play and intensity. Jacksonville Jaguars because my dad use to take me to some of the Jaguar games when we lived in Jacksonville.