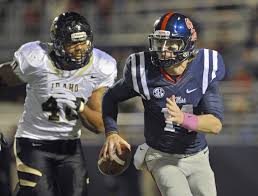 The University of Idaho. Go Vandals!

I had 5 FBS offers out of high school. Idaho, Washington State, Army, Air Force, and Wyoming.

Not that I didn’t have a good relationship with any of the other coaches but I had a particularly strong relationship with the coaches recruiting me to Idaho at time, Coach Akey and Coach Ena. I also had my eye on a business degree and everything I heard about the business school was good.

I was born in New Orleans, LA but raised in Woodinville, WA. Woodinville is definitely what I would consider my home town.

My parents are my biggest role models. I’ve been blessed with a pair of awesome parents and they’ve definitely been there for me when I’ve needed it and they’ve also given me space to learn certain things on my own. I definitely appreciate everything my Mom and Dad have done for me and the example that they’ve set for me. I definitely want to be able to make them proud.

I played every sport I could get into. I played basketball probably from the time I could walk all the way into high school. I did track and field in high school as well and did all sorts of different events. I played baseball from tee ball through 9th grade and I played soccer K-6th. Oh and I had a year of wrestling there in 9th grade too. I feel like doing all those different sports helped to teach me different skills that might not have been emphasized as much if I just specialized in football. I’m definitely a proponent of cross-training growing up. 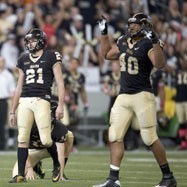 In high school I played left tackle and 3-tech.

I think that my hustle and getting to the ball is one of the main things that separates me. Defensive end isn’t normally a position known for having a nose for the ball and making a lot of tackles, but I feel like I find myself around the play a lot. I also feel like my knowledge of an opponent and game situations helps me out when I’m on the field.

Outside of the scheme, when I’m watching film, one of the big things I try to look for is where an offensive lineman carries his weight. Is he back heavy or is his nose over his toes? This will help give you an idea of ways you can beat him. I also look to see what kind of tenacity they play with in the run game and if they’ll try to get you involved in some of the extra-curricular stuff after the play. That’s my an all-inclusive list of what I look for but those are some of the main things.

Probably my redshirt freshman year when we played Texas A&M, either one of their tackles really. Both Joeckel and Matthews were solid players. As a freshman it gave me a good idea of what I needed to be able to work towards.

Well he’s just retired from the league but I’d probably say Will Smith. We have some older film of pro guys in our video system here at school and he’s a guy I think I can compare to. I think he has a strong all-around game and seems to have a high motor and be a good leader. I definitely have to keep working to do it at the level that he’s done it, but I think I have a lot of the same traits that he does.

I fortunately haven’t had to deal with any enormous obstacles but I’ve had a handful of smaller ones. My family, my good friends, and my faith in God have helped me get through those times.

It’s not as much of a ritual as it is a routine but I like to take a hot shower at the stadium before I get taped and ready to go. I kind of feel like it gets me loosened up and ready to play.

I think my biggest strength is my mindset. I’m a positive person who sees things that many would consider to be obstacles as opportunities. I’m also determined to achieve things that I set my mind to. Because of this, I’m willing and able to adapt in order to attain my goals.

I think I could stand to make plays deeper in the backfield on a more consistent basis. A lot of my TFLs are closer to the line of scrimmage. Just pulling the trigger and making that play deep in the backfield.

If you take me you’ll be getting a player that will do whatever you need him to do to help you win.

Brian Forde, my Dad, was my favorite player. I didn’t really get to see him play in the NFL much because I was young when he was done in the NFL, but it would definitely have to be him. And my favorite team growing up was New Orleans Saints, the team that he was drafted by and played longest for.

Outside of my family, I’d have to go with Nelson Mandela, Winston Churchill, and Warren Buffett.