Dallas Cowboys sign former Vandy who was dismissed from school 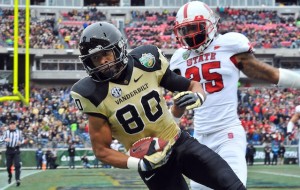 Boyd (6’4, 205) was dismissed from the Commodore program after he pleaded guilty to a misdemeanor accessory charge in the rape investigation that resulted in the arrest of four of Boyd’s former teammates on sexual battery charges. As part of his plea deal, Boyd agreed to assist prosecutors with the case after the prosecution alleged the junior from Roswell, Ga. “was not completely truthful with the police” concerning conversations he had had with the accused players.

Boyd was a stud for Vandy before getting into trouble.  This is a great signing for the Cowboys. We do not know if he was signed to the practice squad of 53 man roster, but we do know he is a Cowboy.