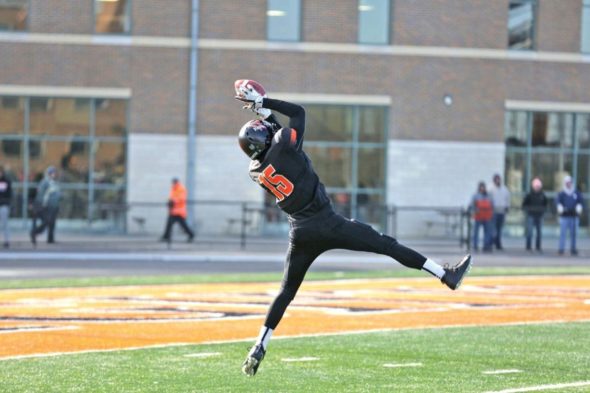 JoJo McNair is a 3-time All-Conference player as a DB in football, and made 2nd team all-conference an in 2018

Wartburg College is a very small school but the community is amazing. I love everything about this school from the people to the classrooms and to the sports that go on around the school. My major is Physical Education with a minor in Health. The campus life for me is very open for me as it’s very beautiful, the dorms are nice and everyone around the campus wants to be involved in something that goes on around school. We have a great facility and the most important is that we have great people running my school.

That I’m a very good leader and when the team depends on me that I can get the job done no matter what is going on in the game. I’m like a game-changer. When things are not going right they look for me to step up and make a play. Also, even when someone is not playing the best game they look for me to encourage them and to tell them that it’s okay to always play the next game.

The role I see myself in is the leader of the team, the one that can make a difference for our team at any moment of the game. The one that can take charge and make my teammates want to play harder and improve themselves every day so that as a team we can get better each day. I think I’m really good at both positions WR and DB.

I say that because at those two positions anything can happen you can have a lot of 50/50 balls or even it could be the last play of the game, and a hail mary is called at that moment, and the pressure is all on you. I love it when it’s clutch time because I’m pumped even more when the team really depends on me and I have to do my best on every play no matter if I’m blocking, playing defense, or scoring touchdowns.

From my freshman year we played UW- Oshkosh, he was a WR by the name of Sam Mentkowski even though I only played him once he was very fast, very shifty, and really good at double moves. After playing against him I changed a lot of ways on how I played defense. I also thought he had a chance to be playing in the NFL given how good he was.

I have a lot in mind but one of the teammates that impresses me the most is Ethan Lape. He is our center now but when we first started we were both on defense our freshmen year. He decided to go to the offensive side the following year and learned a lot from our older guys to make him into who he is today. He is one of the best offensive linemen we have in our school and one of the best linemen in D3 football right now. He became an all-conference player in his junior year and I can’t wait to see his name as an all-American next year.

I would say when I was injured this year for three games. Just not being able to play hurts because I want to be out there so bad for the team so I can help out with whatever they need me to do so we can win.

I have been playing baseball since I was 4. It was the first sport I played. I was a walk-on for the Wartburg baseball team. I wasn’t going to play baseball at all but my dad got me to do it. I got second-team all-conference last year and for this year I was batting 450 with 8 stolen bases in 10 games. Also, I would have tried out for the basketball team because I used to play it in high school.

The one thing that I am most proud of is coming from a high school that didn’t win games and coming to a college where I win games, go to the playoffs and compete for conference championships, and more. That’s the best thing that I could ask for as a football player. The biggest achievement that I have is winning 3 first-team All-Conference on defense three years in a row and also being able to do a workout for the Bears during the school year. 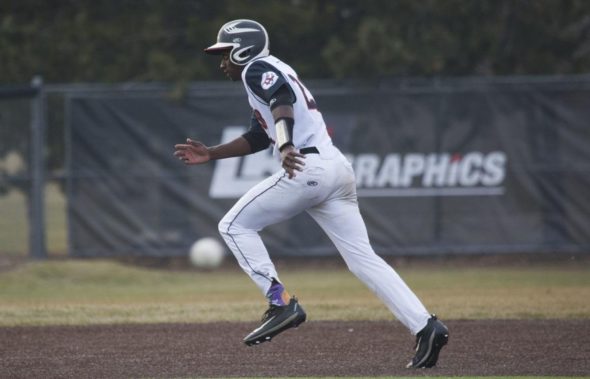 We are down by a touchdown to Central College in the fourth quarter. We were on the 9-yard line and running an RPO. The QB threw me a bubble and I went from one side of the field to the other and scored for us to go into OT.

My favorite athlete is Lebron James, and my favorite professional team is the Cleveland Cavs. I try to play like Patrick Peterson and Jaylen Ramsey. They are two of the smoothest corners I have seen play the game of football and hopefully one day it all works out.

My favorite artist is Chris Brown, and I listen to Heavy Steppers to get pumped up.

An All Meat Pizza at Linda’s Pizza in Joliet, IL.

I play video games, I go play basketball to get some conditioning and I like to just be around my family.

My entire family motivates me. The reason for that is because we live in a place where there’s a lot of violence and I want to prove to my family that I can be the golden ticket to get my family out of this place. There are so many things that I have in my head to help my family and making it to the NFL is one of my reasons. I don’t live a terrible life but I know there’s more out there for me and my family to go see and have fun with our lives.