Who has the best odds of being selected first overall?

Who will be the first overall player selected in the 2021 NFL Draft? 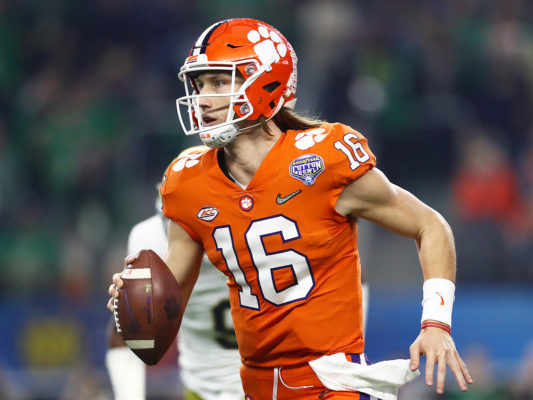 Will Clemson QB Trevor Lawrence be the 1st player selected in the 2021 NFL Draft? Vegas believes he will.

That is a great question, especially when you look at BetMGM Sportsbook. We checked out their 2021 NFL Draft odds and Clemson QB Trevor Lawrence has the best odds of being drafted first overall.

Lawrence is already the favorite to win the Heisman. He is also the top projected first overall pick in almost every mock draft on the internet and has been one of the most talked-about players nationally after his arrival at Clemson. Since taking over as a true freshman in 2018 and winning the National Championship, the former five-star has thrown for 6,945 yards with 66 touchdowns and only 12 interceptions over two years and holds a 65.5 career completion percentage.

The wild thing to me is D’Eriq King the former Houston quarterback has the fifth-best odds.  I honestly would like to see an offensive lineman win the award, but that won’t happen.