Should Aaron Rodgers demand a trade out of Green Bay? 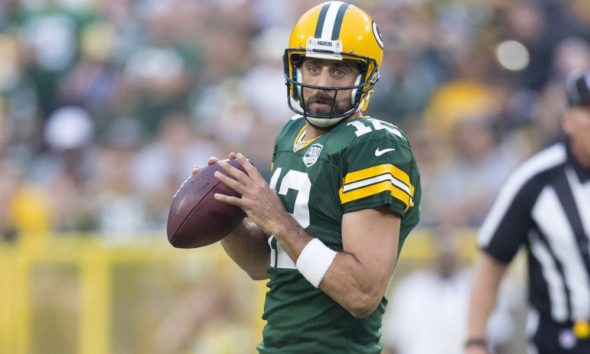 Aaron Rodgers is one of the best quarterbacks in the NFL, but he cannot lead his team to the Super Bowl alone. We thought the Packers would be looking to find him help in the draft, rather they drafted his future replacement.

This past weekend the Green Bay Packers made up their mind.  They basically said Aaron Rodgers you were our starting/franchise quarterback, but we found a player we think can replace you.

It has to feel like a slap in the face, especially when you are a competitor like Rodgers.

Rodgers has been really quiet since the Packers drafted Jordan Love. This has to leave a bad taste in his mouth, because Love didn’t just fall to them when the drafted.  They traded up for him. I think it would have been different if the Packers sat until pick 30 then selected Love. Their GM Brian Gutekunst spoke about the trade up.

“I haven’t connected with Aaron yet, but he’s obviously been through this and he’s a pro. “I think it’s certainly, this is something that is a long-term decision” Gutekunst said.

Do you think they want to run Rodgers out of town?

This does not send the message of Win Now, especially when the Packers needed a wide receiver.  The Packers failed to select a wide receiver in the 2021 NFL draft.  They did however sign an undrafted free agent, but that is not saying Win Now either.

Are the Packers trying to run Aaron Rodgers out of town?

Recently, Brett Favre talked to Rodgers about the situation. I mean who better to ask than Favre, who was in the same predicament when the Packers drafted Rodgers.

“To me, the word ‘disrespect’ I think is perfect, That’s the message that it sends to Aaron.”

You look around the league and there is one team in desperate need of a starter.  If you’re thinking the Patriots you are right!

Bob McGinn covered the Packers for years said the team is fed up with Rodgers antics.

“Public niceties aside, my sense is LaFleur, fresh from a terrific 13-3 baptismal season, simply had enough of [Aaron] Rodgers’ act and wanted to change the narrative,” Bob McGinn of The Athletic wrote in an analysis of the team’s draft on Tuesday. “With a first-round talent on the roster, the Packers would gain leverage with their imperial quarterback and his passive-aggressive style.”

It really makes you wonder if the Packers would trade him, but I know one team that would absolutely love to have him.  Man, I hate the Patriots.