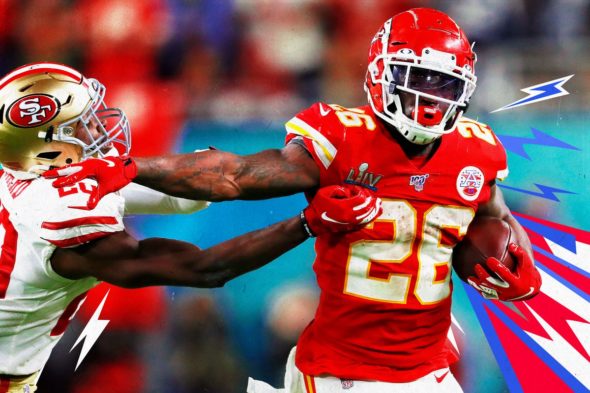 Damien Williams was one of the best free agent signings for the Kansas City Chiefs.  In the playoffs last year, Williams was able to evade everyone.  Unfortunately, he was not able to avoid some robbers this past weekend in Los Angeles, California.

According to TMZ Sports, Chiefs RB Williams was robbed shortly after checking into a Los Angeles rental home Saturday night.

The report says three men broke in through the back door of the home and demanded money from Williams and his friends. The intruders surrounded and threatened the occupants but did not brandish weapons.

The suspects escaped with 1,000 dollars in cash, according to the report. Williams will be fine, and hopefully can return to form. Remember he is the first player in Super Bowl history with 100+ rush yards with a rushing and receiving touchdown.

Williams has a new competitor in the backfield following the Chiefs’ selection of LSU running back Clyde Edwards-Helaire in the first round of the 2020 NFL Draft, Adam Teicher of ESPN reports. I do not think much will change for Williams, but this is interesting considering that Edwards-Helaire is the same type back. This is something to keep an eye on in Fantasy!