Dallas Cowboys on paper look like a Super Bowl contender 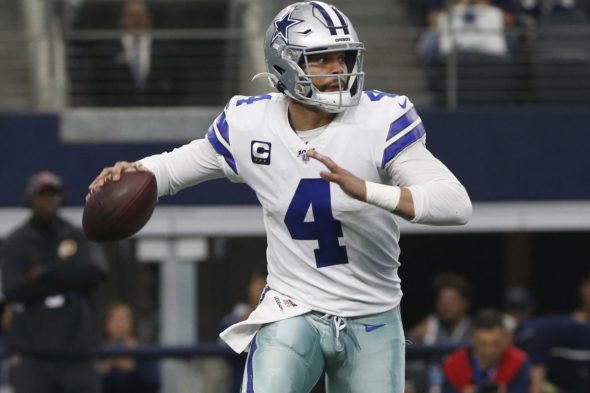 On paper the Dallas Cowboys look like Super Bowl contenders. This team has very little weaknesses.

I know the Dallas Cowboys get crushed quite a bit but I think this is their year. They will be in good hands with Mike McCarthy.

My nephew and I were sitting around talking football and he asked me which team I thought had the best chance of making it to the Super Bowl?

I think the Dallas Cowboys have the best roster when it comes to paper.  Let’s look at their roster and unofficial depth chart.

At quarterback, Dak is in a contract year. It always seems like quarterbacks who are in need of a contract play their tails off. With the death of his older brother, I think Dak has a lot to prove this year.  He will come out ready.

At running back we already know Zeke is a top 5 back in the NFL. His back-up Tony Pollard was solid last year as well.

At wide out they just added a stud in their WR room. CeeDee Lamb added to an already stacked room with Michael Gallup and Amari Cooper.  I love their top three wideouts right now.

The tight end position makes me worry a little bit. They do not have too much depth and their starter is currently Blake Jarwin.  They did sign Blake Bell and I think he could be a sleeper on this roster.

Their offensive line is stacked.  They replace Travis Frederick with Joe Looney and added a back-up in the draft with Tyler Biadasz.  I think they will be just fined upfront.

Their defense has been suspect over the past years but they stacked their defensive front. They added Aldon Smith (who we all know when not suspended is a beast).  They have Demarcus Lawrence, Tyrone Crawford and Randy Gregory who is appealing his suspension. Then they added two monster veterans upfront with Gerald McCoy and Dontari Poe.  I think this team will be gross at stopping the run.

At linebacker, they have Leighton Vander Esch, Jaylon Smith, and Sean Lee.  I do not have to say too much more. They are very good at the second level.

Their biggest weakness may be at cornerback

At corner they have struggled in the past.  I think this is still their biggest weakness right now. They did add Trevon Diggs who I felt was a first-round talent and Reggie Robinson.  I like Chidobe Awuzie and Anthony Brown as well on their roster. They are young but I think they will be fine.

At safety, they added Ha Ha Clinton Dix and drafted Xavier Woods a few drafts back.  Add in their nickel Jourdan Lewis who is extremely underrated and this team on paper is nasty.

They keep their longsnapper LP Ladouceur, added kicker Greg the Leg Zuerlein and have the reliable punter Chris Jones.

There are not many teams in the NFL that can compete with the Cowboys on paper.  I think the team will be the leaders of the NFC East, and they will make a push through the playoffs.

Do not be surprised if the Cowboys make it to the Super Bowl.  I think they have everything you want, but can they put it all together? That is the question.