Recently, Kansas City Chiefs cornerback Bashaud Breeland was arrested in South Carolina, and it could have been bad.

I know people will read the headline and say what do you mean he is lucky.  Well, let me explain. As a law enforcement officer for 16 years, Breeland was dead wrong in how he acted.

Watch the video for yourself from TMZ

This is a horrible example of how to act when you are being approached by police.  The police officer was by himself, he was smaller than Breeland, and he was asking him to just put his hands behind his back. 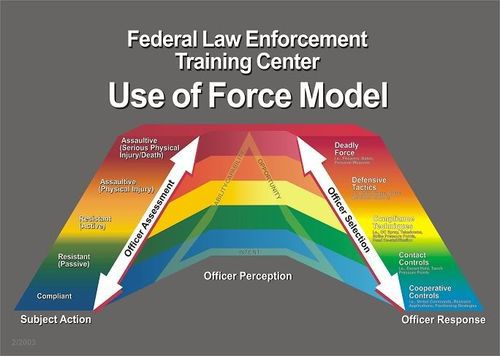 If you look at this scale, Breeland was complaint when he initially stepped out the car.  The officer was doing his job to get him to step out the car.  He did.  Then he asked Breeland to put his hands behind his back.  Breeland becomes resistant. He fails to put his hands behind his back.  At this point, the officer points the taser at him.  Breeland then tries to walk away from him.  He gets into his car, and at that point he jumps from resisting to assaultive (minor scale) by entering the car and totalling disregarding the officer. If that officer would have started beating him he would not be wrong according to the use of force scale.

He did not become assaultive, so the officer used scare tactics without using force. He pointed the gun at him.  He was not wrong.  People will disagree with this officer, but this officer did his job.  He is lucky because he was close to the top tier in my opinion. This is not how to act folks, especially if you are a young person. If you are doing nothing wrong, just comply.  You do not have to get to that top tier, or near it.  The people on the phone talking had more sense than Breeland.

I hope that makes more sense, but I can tell you this, it was not a smart move by Breeland.