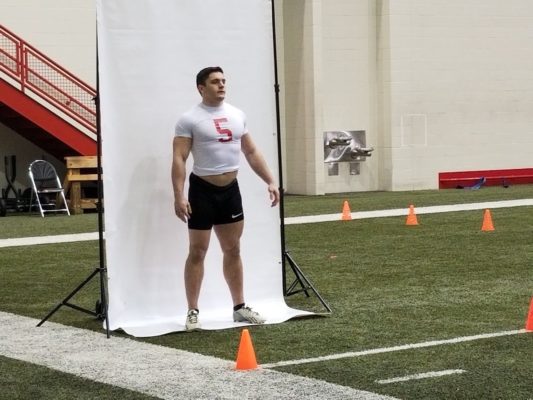 Participants went through similar drills as those who participated the NFL Scouting Combine last week in Indianapolis.

Combine results for on-field drills were not made available to the media, though players and scouts were made aware of their individual results. Full results for drills such as the 40-yard dash, shuttle runs, etc. will be made available at a later date.

Several NFL teams (Patriots, Giants, Eagles, Lions, etc.) were on hand looking to find diamonds in the rough and deep sleepers as players begin preparing for their pro days this week.

There were several players that took advantage of their opportunities to impress teams and scouts as they continue their path to the 2019 NFL Draft.

Here our some of the top performers and sleepers to watch for as we head toward Nashville for the NFL Draft.