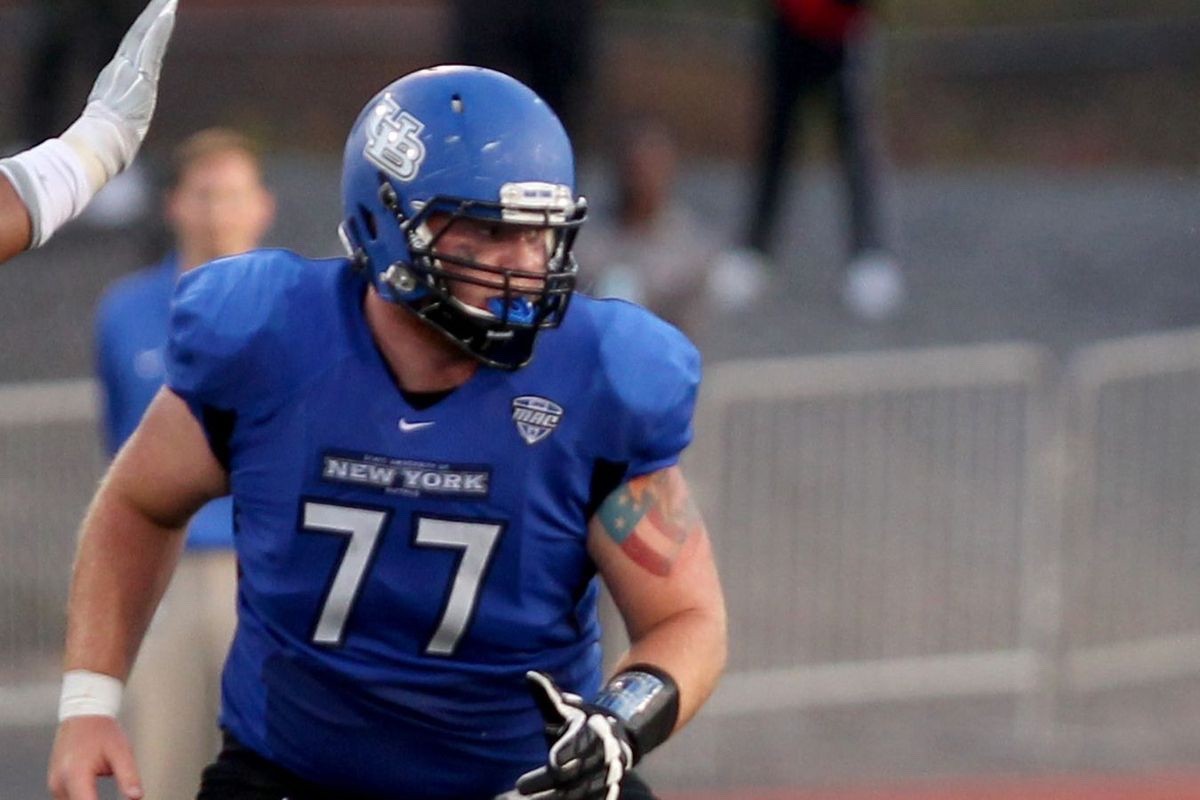 James O’Hagan is one of the most underrated interior lineman in the 2019 NFL Draft. This kid is going to be a super star.

•        Im from Seaford, New York its a small town with a great community. The thing I love most about it is my friends and family.

•        Strength and conditioning would be at the top because if you can’t physically execute what you need to do then the other stuff really does not matter. I would then put film study because I think in order to play to the best of your potential you need to know what is going on and then I’d put practice where you can see the different looks in person you have been seeing on film.

Who is the best player you have ever played against?

•       Determination for sure and having that never give up attitude.

•        My grandpa so I could tell him about everything that has happened since he past away.

•        Jason Kelce, the guy is an absolute demon on the field and linemen im general are always undervalued since we dont have the attention of the casual fan.

•        Respected because When you lead you will make decisions that may be unpopular but may be necessary and while you might not be liked at all times they will respect you for doing what you know is right.

•        Shawn Oakman since they just found him not guilty for the sexual assault. He had a promising career and its a shame that it was derailed by something that wasn’t true