Arizona Hotshots were not that hot against Atlanta, Attendance was not great either 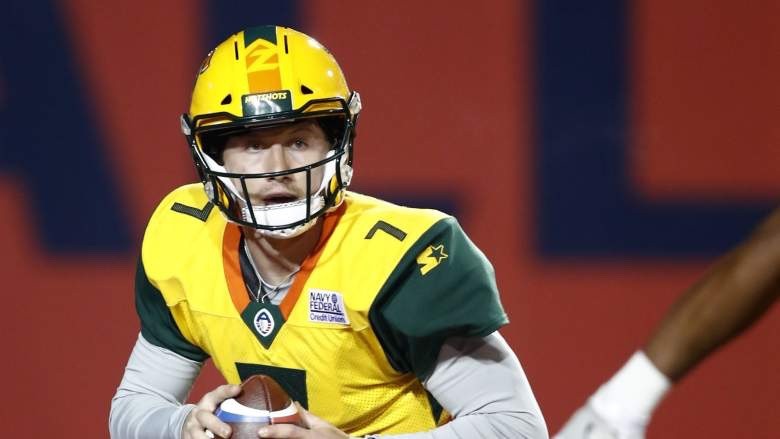 Arizona Hotshots could not bring their hometown crowd a victory tonight against the Legends.

The Arizona Hotshots did not look very hot tonight playing against the Atlanta Legends and former Georgia QB Aaron Murray. Murray brought a spark with him after coming into the game for Atlanta. Atlanta held on to the win 14-11.

The Legends rallied behind Murray and they were able to get things moving finally. Under Matt Simms the Legends struggled but tonight against a pretty solid defense in Arizona the Legends were able to throw all game.

Arizona did not want to go away though, they kept fighting the entire game. Late in the fourth John Wolford hit Rashad Ross for a Touchdown after Ross had a bone headed play running into his own end zone getting tackled earlier in the game.

This week attendance in the AAF was horrible. Weather did play a major role this week but they numbers are down. Tonight Arizona had 8,865 in attendance.