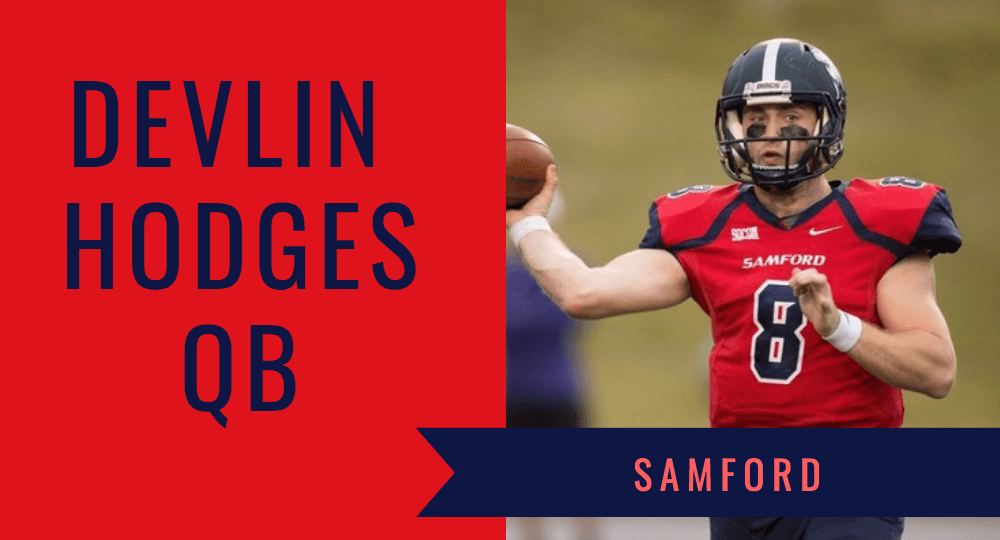 Devlin Hodges of Samford was named a finalist to the Walter Payton Award for best offensive player in the FCS.

Walter Payton Award is one of the best awards in the country for a small school offensive football player. A part of the 2018 STATS FCS legacy awards, the Walter Payton Award, presented to the national offensive player of the year in college football’s Division I subdivision, has sent past winners such as Cooper Kupp and Jimmy Garoppolo to the NFL.

A national panel of over 150 sports information and media relations directors, broadcasters, writers and other dignitaries will select the winners. Voting is based on the regular season.