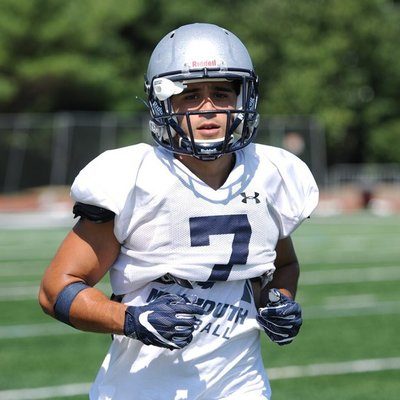 Vincent Grasso is a big-time baller for Monmouth

NFL Draft Diamonds has interviewed some of the best small schoolers to make it to the NFL. Last year our team interviewed over 750 players from NAIA to the FBS. This year we went to NFL teams scouts for every question on this interview. Ten NFL scouts who are avid readers of Draft Diamonds put this interview together for our reader’s pleasure. We hope you enjoy this interview, with another potential NFL draft prospect.

70 yard Punt Return TD, against Presbyterian. Up 7 in a close game, made it a two-score game and gave us a lot of momentum to finish the game strong.