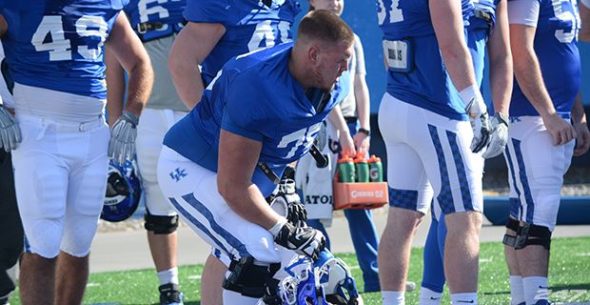 •     I’m from Thornville, Ohio which is about 30 miles east of Columbus. It’s a small town. Growing up, everyone knew each other and it’s a very supportive community I think that’s what I love the most about it.

•  I fail all the time. I try to challenge myself in a lot of things I do. I play guitar and if I try to learn a new lick or new riff and won’t put my guitar down until it sounds right.

•    The best player I played against this season was probably Pete Swenson.

•     The movie is Rock Star and it stars Mark Wahlberg as the main character. I would choose him because it is my favorite movie. The movie is based off a true story about the band Judas Priest and other true events.

•       I was ineligible coming out of high school so I had to decide if I wanted to go JUCO or go d2. I decided to go JUCO and take a chance on myself at  living out my childhood dream of being a division 1 football player.

•     Running up the stairs in fifth grade and I tripped on the last stair, fell and hit my face on the glass door.

•     We were playing Coffeyville C.C. My freshman year, I believe it’s a tie game, and Alvin Kamara caught a pass out of the backfield, reversed field, broke four tackles, stuck a foot in the middle of the field, got vertical, and just outran everyone. We went on the win that game and the conference that year.

•    Being Disciplined on and off the field

•     My grandpa because I hear so many stories about him and he passed away when I was 5 or 6. 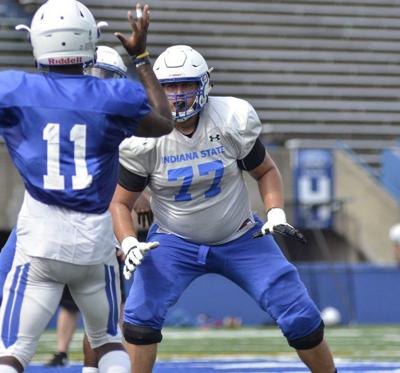 •     Respected because not everyone is going to like you

•     Maurice Clarett. I grew up a Buckeye fan and I always wanted to see him succeed.

•    I would have to say my parents, because of how I was raised and the impact they have made on who I am today.