11 years ago we lost a legend in Sean Taylor 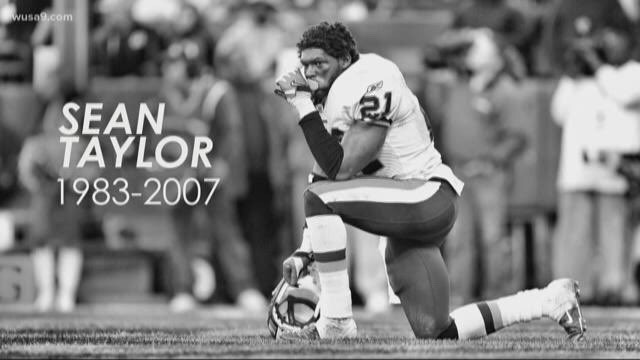 Sean Taylor died at the age of 24 on November 27, 2007, from critical injuries from a gunshot by intruders at his Miami area home.

His death led to an outpouring of national support and sympathy, especially in the Washington, D.C. area, where Taylor had been a fan favorite as a Redskin, and the Miami area, where Taylor had starred for the Miami Hurricanes, after leading Gulliver Prep to a Florida state high school championship and setting a state record for most touchdowns in a season.