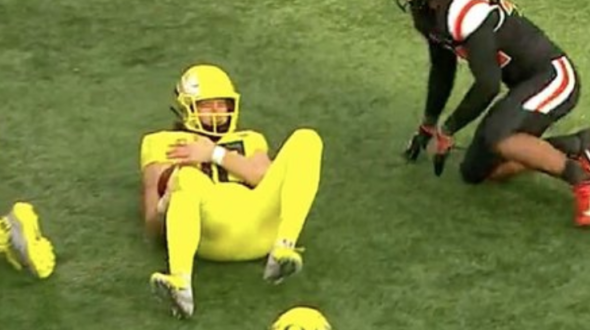 Herbert immediately grabbed his shoulder after he was sacked in the second quarter. He left the field and was taken to the locker room and did not play for the rest of the game.

He was seen on the sidelines after the half in street clothes, but he did not have a sling on his arm. Many believe Justin Herbert may return to Oregon, while others believe he will leave for the 2019 NFL Draft.

Do you think he leaves for the draft or will he stay another year playing for the Ducks?