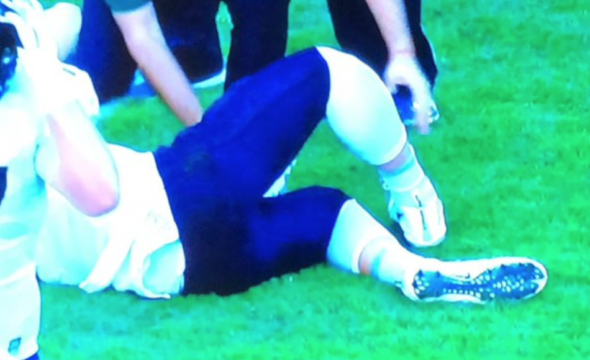 UCF quarterback McKenzie Milton suffered a nasty injury to his leg during the second quarter of the Knights game Friday against USF, leaving the field on a cart.

During the fourth drive of the game, Milton scrambled to the right side while trying to convert on a third down and was tackled by several Bulls defenders, including cornerback Mazzi Wilkins. The junior remained on the ground for nearly 10 minutes as the UCF athletic training staff began treating him.

This just happened to UCF QB McKenzie Milton. Prayers up. A great kid and a true winner. pic.twitter.com/lsFji7LYPi