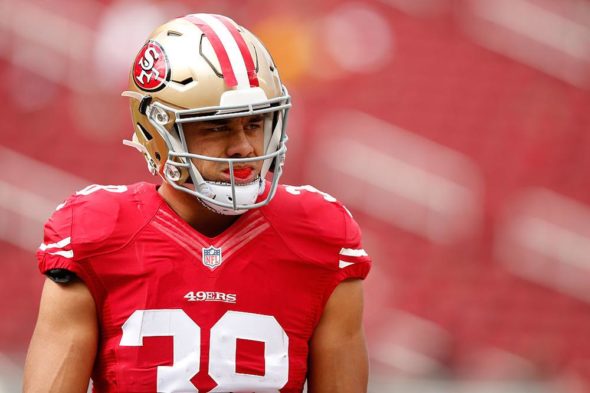 Many of you will probably remember the name Jarryd Hayne. The All-Pro Rugby player converted to NFL running back had a short stint in the NFL with the San Francisco 49ers.  Well, today Hayne is in the news again, this time for sexual assault and not football.

Jarryd Hayne has reportedly been charged with aggravated sexual assault, according to BBC Sport. Hayne, 30, is accused of sexually assaulting a woman in Hunter Valley, north of Sydney, Australia on September 30.

The report states that New South Wales Police launched an investigation after receiving reports a woman had been sexually assaulted by a man she met on social media. The investigation ultimately led police to Hayne, who has since been released on bail pending a court appearance on December 10.

Hayne was quite the player in the pre-season for the 49ers, but this news his horrible.