Jalen Ramsey talked a lot of trash, then sent a tweet to the “FAKE JAGUARS FANS” 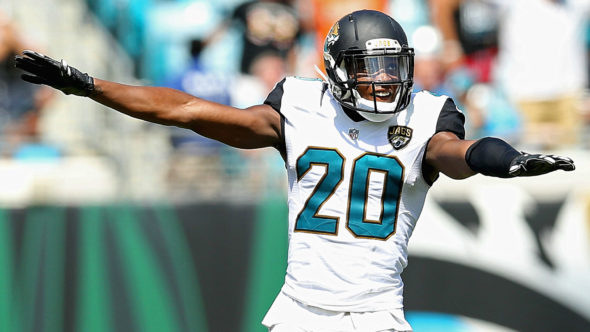 Jalen Ramsey has been one of the best trash talkers this season. His football team, however, has been one of the worst things on television. This is not Ramsey’s fault however, he has been playing pretty solid this year, but his trash talking is starting to catch up to him.  The former Florida State cornerback had fun earlier this year calling out almost every quarterback in the NFL and even other players such as Tyreek Hill and Stephon Gilmore.

Ramsey has been backing up his talk for the most part, but after his team beat last week by the Colts, he sent out a message saying this:

Ramsey’s rookie contract runs through the 2019 season and the Jaguars can pick up a fifth-year option in 2020. Even if Ramsey wants out of Jacksonville, the Jags could Franchise him.

Quarterbacks have a 73.4 passer rating when throwing his direction — that’s top 20 among starting cornerbacks in a year where the average quarterback has a 94.6 rating. He also allows a reception once every 13.2 times he’s in coverage — that’s also top 20 this season, according to SB Nation.

What do you think the Jaguars should do with Ramsey? They would be dumb to let him walk. He really did bring a winning culture to J-Ville. They just need to switch their quarterback if you ask me and they will be a contender.