C’MON MAN, Browns are interested in interviewing Condoleeza Rice for their HC job 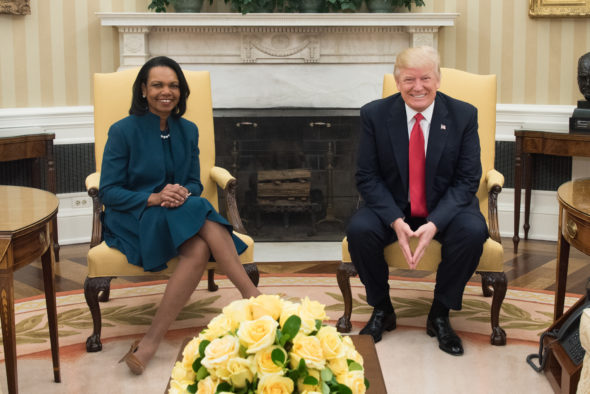 The Cleveland Browns have been the laughing stock of the NFL for years. It is sad because as a Bills fan I actually feel their pain.  This week their new GM John Dorsey said he was open to hiring a woman as his next head coach.  Well, they are actually planning on interviewing a woman for their HC position and I am not sure how much she knows about football.

The Browns would like to interview former Secretary of State Condoleezza Rice for their head-coaching job, per ESPN.

If the Browns follow through on it, Rice would become the first woman ever to interview for an NFL head-coaching job.

A potential interview does not mean the Browns will hire Rice, but they are interested in talking to her about the job and seeing what she could bring to the position and the organization.