Colin Kaepernick’s girlfriend Nessa calls out the NFL and journalists 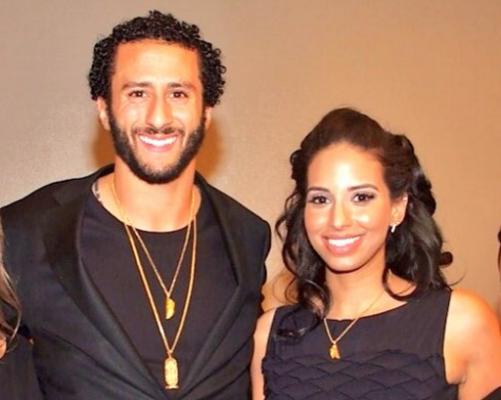 Eric Reid was finally signed by the Carolina Panthers a few weeks ago to jump right into the starting line-up and perform at a very high level. Reid is still kneeling on the sidelines during the National Anthem, and he still supports his friend Colin Kaepernick.  Reid recently told reporters Kap has NOT thrown in the towel when it comes to an NFL comeback.

Today Colin Kaepernick’s girlfriend Nessa the television personality, went off on the NFL and the journalists.

“all the teams know” Colin is NFL ready right now.

“Colin trains every day. All the teams know. But they’d rather keep blackballing him. The league, owners & mgmt are the ones who don’t want him to play.”

She added, “Journalists should ask the league why they’re blackballing Colin.”

I honestly believe Colin Kaepernick is better right now than Mark Sanchez who was signed today. I know many others do not believe it, but they are crazy if they think Sanchez is a better quarterback than Kaepernick. Let’s be real.