Amari Cooper is looking like an amazing asset for the Cowboys 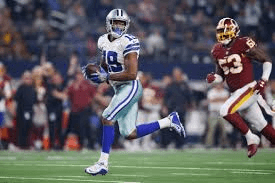 Jerry Jones pulled the trigger on Amari Cooper earlier this year and let’s be honest it has lit a spark in America’s Team. Do you realize the Cowboys are sitting at the top of the NFC East right now? The Eagles are struggling, the Giants are horrible and the Redskins are stuck with Colt McCoy as their quarterback.

Amari Cooper was drafted because of his big play ability. I am not going to lie I thought he had lost a step until last night. He looked stupid fast, and then I found this stat.