Should the NFL implement mandatory psychological evaluations in the offseason? 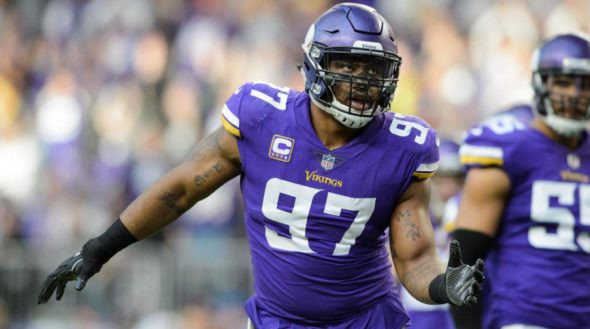 Should the NFL implement mandatory psychological evaluations in the offseason? By Mark Thomas

As a kid, I used to think highly of the NFL because it was looked upon as a man’s game and when hearing that as a boy that’s the game I fell in love with. As I grew older and wiser I realized that the NFL has really been a machine that does nothing good for the majority. People chased these dreams as kids not knowing the reality of the NFL and the depths of hell some of these players go through mentally. We as a society are so damn selfish and stupid we think if players make millions of dollars, they should be happy with that. Well, everything isn’t all glitz and glamor. Those players have been told that if they work hard they can make it to the NFL, so since the age of 8 through high school, college, and all-star games they have been taken hits to the head with no proper psychological evaluations afterward. All they have been told is good game and they looked at that as if I do good on the field, I’m a good person in society. We have to stop that now.

Just a few weeks ago Everson Griffin of the Minnesota Vikings was announced he is inactive from the team due to recent episodes he had a few ago. The episodes were from threatening to shoot someone in a hotel, wondering in the middle of the night and breaking into a teammates home, jumping out of an ambulance truck thinking someone is going to kill him. The NFL has had similar episodes with Alonzo Spellman and Dimitrius Underwood both 1st round picks who were considered bust for there prospective teams. They both suffered from Severe mental illnesses to the point where they couldn’t control it and ultimately lost their NFL careers. Spellman played 10 years in the NFL but during his playing career he had a manic episode with his publisher and the police and FBI had to come and hall of fame Linebacker Mike Singletary had to take him to a hospital. Ever since then he had had run-ins with the law. Dimitrius Underwood was a 6’6 Defensive end freak of nature out of Michigan State. He was drafted 29th overall by the Minnesota Vikings and he ended his career before it could even start due to his faith he says. He ended up getting another chance with the dolphins and cowboys. He tried to kill himself twice, on one accord he stabbed himself in the neck and walked down the street telling a police officer “I am not worthy of God”. When he was with the cowboys he tried to kill himself by running into traffic. Just think about these things happening to your child because these are someone’s children that had all this athletic ability but no one cared for what’s going on in their head. As long as you get passing grades and making plays you doing good. The NFL has the nerve to try to make these guys take a mandatory random drug test but not mandatory psychological therapy sessions. Players are at the facility for at least 12 hours there’s some time to have players talk to someone about there problems or evaluate them. Players have the ability to be something bigger than just a football player, they can become a brand but we hold them back as if they are a commodity and not a human being.

Here is something the NFL can do to make the environment safer.

Mandatory Psychological evaluations in the offseason

Hire Team therapist- NFL pays team doctors to just evaluate the player on injury why not hire someone who can shape them up mentally.

These are issues that can be done with the help of the NFLPA and professional help. They have money to pump these players with painkillers such as Toradol and Vicodin, that money should be spent to make sure a players mental health is intact.