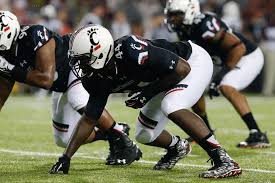 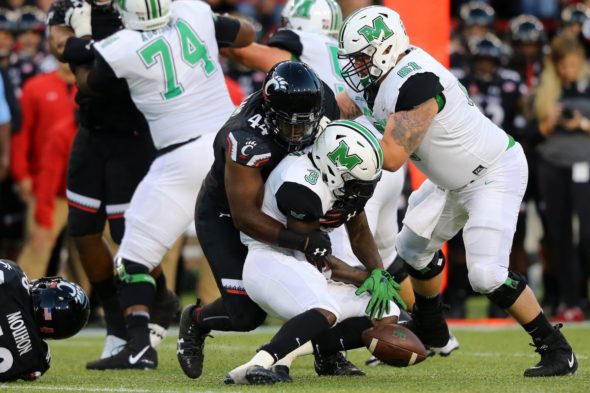 He is wide strong throughout his frame and has surprisingly quick feet first step and get off. Strong, heavy hands and a high motor he could play DT or even 34 DE in the right system. Wll dive to make a play behind the line or from behind

Could be a great option for a 43 team looking for a top run defender at the DT position while adding insurance at the DE position in 3 and 4 man fronts.

One of the quickest DT prospects at almost 300 lbs in this very deep 2019 draft. Does not move like a 290 pound D lineman more like a 43 DE edgerusher. Freakish athletic big guy who went from 260 lbs to 290 lbs  with very little, if any loss of athletic ability.

If you were to design a player on a video game to play DT you would create Copeland. A monster force in the middle of a D that can swallow up running backs and disrupt QB’s.

Of course, he is a better fit as a DT but the fact he could play DE in a pinch especially on run downs is a bonus and GM’s really love a versatile player.

If he can take his game to the next level, he could see his name rise up big boards. Cause he has the look and get off to make scouts pound the table in April for a guy with a stout low center of gravity with relentless pursuit flying thru or around O lineman.  Wouldn’t just look at his forty time so much as id watch his 10 yard split athletic first several steps that get him behind the line of scrimmage in an instant.

Trying to find a comparison to this young man is a hard task, so i wont. In closing its early in the CFB Swason & Copeland is already reeking havoc for opposing OL & coaches. Versatile D linemen that can dart past or man handle OT’s  & OG’s.