Buffalo Bills are plus 17 points this week against the Vikings 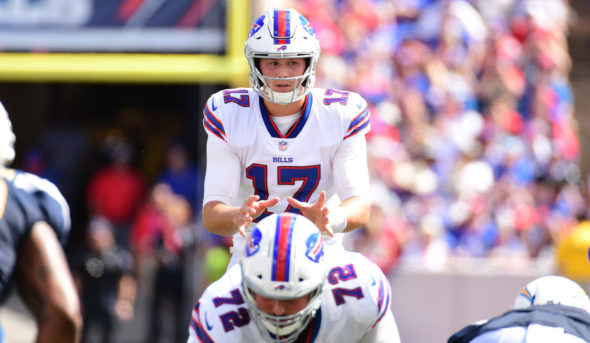 I know the Buffalo Bills have not looked very solid this year, but 17 points is a lot in the NFL.  While Josh Allen has been criticized by many NFL media members, I have watched every single snap and let me say something, this kid is not that bad.

I know the Vikings defense is pretty solid, but last week the Bills defense stepped up in the second half. The Bills head coach Sean McDermott took over play calling from Leslie Frazier and the Bills came out the gate and punched the Chargers in the mouth. They held the Chargers to three points in the second half. The Bills defense looked decent.  The Vikings defense will face the Bills likely without LeSean McCoy being a huge factor.  Last week Shady broke his ribs when his own lineman landed on him after he was tackled.  The Bills rookie quarterback has a huge uphill battle against the Vikings, but 17 points is a lot of points.

The Bills are averaging a league worst 3.7 yards per snap this year.  They will have to step that up if they do not want to get manhandled in Minnesota, but if I was signing up for sports betting, I would definitely take the Bills this week plus 17 points.  While many dog Josh Allen, I feel he is a solid player after being one of his biggest critics. If the Bills can come out and play defense like they did in the second half they may upset the Vikings.