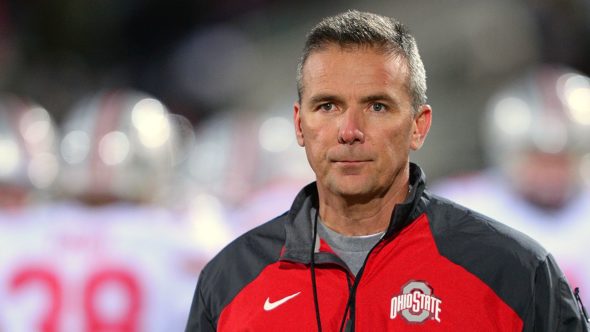 “I was never told about anything. Never anything came to light, never had a conversation about it. So I know nothing about it,” Meyer said on July 24.

For that Meyer has been placed on Administrative leave according to multiple reports.

Smith, who was also Ohio State’s recruiting coordinator, was fired on July 23, just days after reports surfaced that an order of protection had been filed against him by his ex-wife Courtney Smith. There are reports that Meyer’s wife knew of the allegations as well.

I highly doubt Meyer will be fired for this but it sounds like OSU is trying to cover their tracks.