Terrell Owens worked out for the Roughriders of the CFL 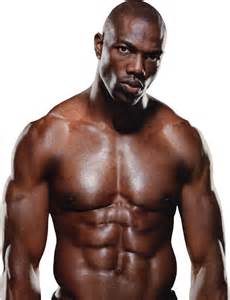 Terrell Owens is old, but he can still fly

Owens was among a group of players who worked out Sunday in Tennessee for Saskatchewan Roughriders head coach and general manager Chris Jones.

“I wanted to see him run a lot of different routes and work him out for a while to test his stamina,” Jones said. “I know he can still fly on the track, but I wanted to see if he could consistently run his routes or if he got tired. I have tryouts whenever it’s possible so that former college and pro athletes have the chance to prove themselves and see if they can improve our team. But I’ve never been faced with anything like this. I mean, he’s 44 years old but still runs a 4.4-second 40.”

Owens was very happy to have the workout with the Roughriders, and told Stephen Hargis of the Times Free Press this:

“I know I’m truly blessed and I can still play the game,” Owens said, per Stephen Hargis of the Times Free Press. “What I did out there today is just a small little snippet of what I can do. I just appreciate Coach for the opportunity. I guess he wanted to assess and see where I am physically.

Remember just a few weeks ago, the Edminton Eskimos had T.O. on their neg list, but after he exercised the option to sign him the team released him. Owens is very serious about playing North of the Border, and he will continue until he lands a shot.