Did the Seahawks offer a 2nd round pick for Jacoby Brissett? 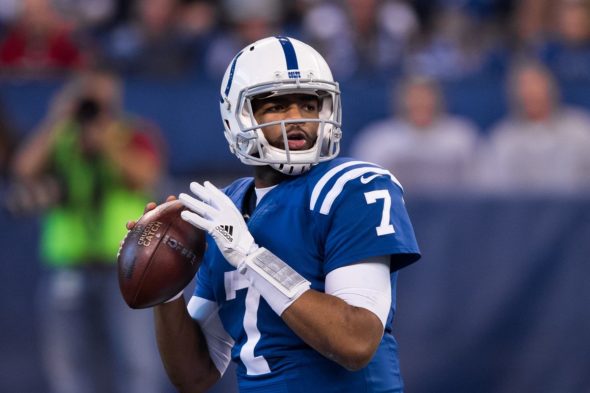 The Seattle Seahawks could really use a back-up quarterback if Russell Wilson does in fact get hurt, but today news broke that the Seahawks recently offered a 2nd round pick for Indianapolis Colts back-up Jacoby Brissett, per Ben Volin of the Boston Globe.

Remember earlier this year, Colts owner Jim Irsay’s declared that his organization would not part with “the best backup quarterback in football,” even if the offer was as steep as a first-round pick.

Seahawks offensive coordinator Brian Schottenheimer was the Colts’ quarterbacks coach last year, and Schottenheimer loves Brissett. If Schottenheimer raved about Brissett in Seattle, he may have convinced the higher-ups that Brissett would be worth trading for, but Jason LaCanfora says the trade is not true.

Either way, I wonder if the Seahawks could be interested in Jets back-up Teddy Bridgewater…..