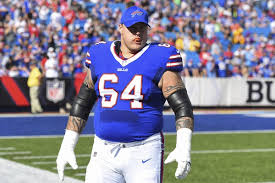 I could not even fathom how horrible it must be to lose a Father.  Especially when you are extremely close to him.  Richie Incognito has a lot going on in his life right now and he also just lost a parent.  While Richie has had problems in the past with the law, he has also had several emotional outbreaks that caused him problems in the NFL.  Incognito was arrested this weekend when he showed up to his Father’s Funeral home asking the staff to cut his Dad’s head off for research purposes, per TMZ Sports.

The police report released by Scottsdale PD in which at least one mortuary staffer told cops he “thought Incognito was going to kill him.”

Richie arrived to Messinger Mortuary on Monday after his father passed away. One staffer told police the family had advised him that Richie would not be allowed to attend the funeral because he’d been “acting erratically.”

One staffer told cops, Richie told him he had a truck full of guns outside and used his hand to make the shape of a gun. The staffer clearly felt threatened and said he ran into a secure room where he knew he’d be safe.

When cops arrived, they arrested Incognito at gunpoint. Cops say Richie “appeared to lack concentration and was unable to maintain a coherent thought, rather, he appeared to ramble about numerous things that did not correlate.”

Richie Incognito does not need people picking on him right now, he needs people to help him. I feel bad for him, to be told you cannot attend the Funeral must be horrible. Obviously, the police did the right thing by arresting him and placing on an involuntary psychiatric hold, but he was later released.  I just hope NFL players and his former teammates will reach out to him and help him get help, because he is really struggling right now.