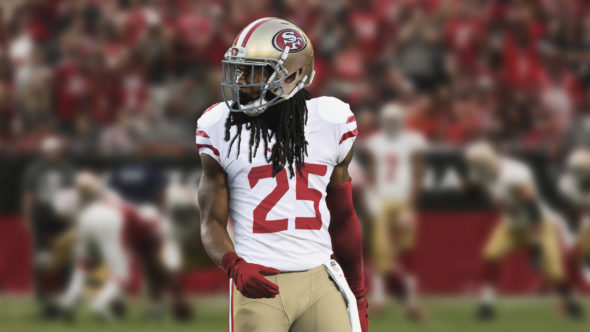 Niners star cornerback Richard Sherman has always been a pretty smart person but the Stanford graduate is now getting involved with the biggest money maker in the sports industry, Fantasy Football.

Sherman bought into a new company called Daily Number and is hoping to get a pretty return on his investment.

“Fantasy football has been growing steadily over the years and I’ve wanted to get directly involved with it. It’s become such a huge industry,” Sherman told Forbes earlier this week. “It has better connected fans to players and I think it helps them know players better, plus the ups and downs (we) go through on the field. And it helps the biggest fans feel more invested in the game.”

There’s no salary cap and the platform empowers fans to select their own degree of difficulty by picking any combination of players. You can craft a lineup filled with superstars if you wish or build up a roster comprised of carefully selected role players and sleepers that are your favorites. Fans can win prizes by beating a preset target score known as the Daily Number.

“The main thing that makes it different is that fantasy players are going after a target score, and not just to compete against their friends. You can pick whoever you want. You pick can Tom Brady, and everybody can pick up Tom Brady or Aaron Rodgers. But the prize at you get at the end is substantially smaller if you go with only the top players.”