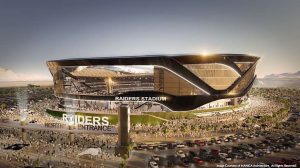 Raiders fans are a little rowdy and their ownership must realize that, because in the plans for their new stadium, the Las Vegas stadium will have a jail as well as courtroom for unruly fans according to Las Vegas Locally on Twitter.

The Las Vegas #Raiders stadium will feature a small jail and courtroom to deal with unruly fans, according to a local law enforcement source. pic.twitter.com/GajJ8Jdw4j

Could you imagine having a jail in your stadium? I know the Raiders fans can be a bit cruel, but I have never had a problem with them.  I think it is a deterrent but let’s be honest, when they drink that liquid lightning anything can happen.