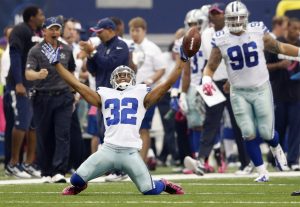 Orlando Scandrick has been cut by the Redskins

According to Mike Garafolo the Washington Redskins are cutting defensive back Orlando Scandrick. Scandrick did not make it on the roster more than 5 months. Scandrick received a $1 million signing bonus in March.

The 31-year-old will now hit the free-agent market where he could latch on with a team needing a veteran corner. Scandrick, however, comes with injury risk. He hasn’t played a full 16-game slate since 2013.

The Redskins are paper thin at the cornerback position since letting both Kendall Fuller and Bashaud Breeland go in free agency.