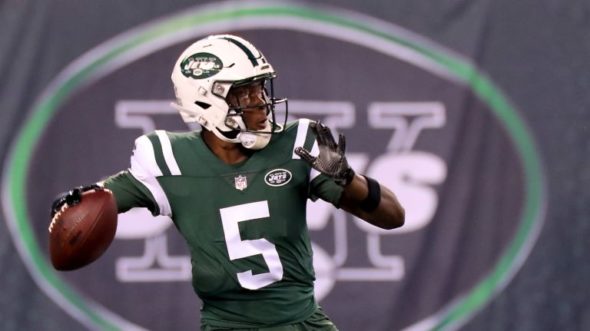 Could Teddy Bridgewater be traded this year in the NFL?

The NFL season is about to start soon, and there are several players who could be shipped before the start of the season.  There are several teams with a ton of depth at certain positions, that could land solid compensation with recent injuries and suspensions happening around the NFL.

Let’s get to the future trades:

The New York Jets signed Teddy Bridgewater on a one year deal worth 5 million dollars, and he has been a stud this pre-season.  Teddy has tons of confidence and while Russell Wilson has not been hurt for the past six years, you better have a back-up plan. With the recent news that the Seahawks tried to trade a second round pick for Jacoby Brissett of the Colts, it makes you wonder if they would trade for Teddy. I think this is a great fit.

Let’s face it Ryan Fitzpatrick is a good player, and he will likely start the season but Jameis Winston is suspended for the first three games of the season. The Buccaneers have a big quarterback in Jameis Winston who could work to help Paxton Lynch. Lynch needs a change of scenery, and this makes too much sense.  Broncos do not get much compensation but they have a solid player in Chad Kelly who has looked the part.

The Carolina Panthers cannot go into the season with Da’Norris Searcy and and Mike Adams as their starting safeties. They were tore up through the air in their first pre-season game against the Bills, and Earl Thomas wants to be in a new location. This trade makes sense and is not bad compensation. The Panthers will have to give him a new contract, but he is worth every penny.

The Dallas Cowboys are still getting their center Travis Frederick getting checked for spasms in his back, and the Bears have a solid center who is could be available via trade. The 2015 third-round pick has good size for a center at 6’3″ and 301 pounds, and he’s only 26 years old. However, injuries and poor play have prevented Grasu from establishing himself as a full-time starter in Chicago. Dallas lands a solid player for a seventh round draft pick.

The Washington Redskins need a running back, and after working out both Jamaal Charles and Adrian Peterson they are not happy with either one.  Jay Gruden is looking for a solid back, and the Lions have one they are floating around. Detroit drafted former Nebraska star Ameer Abdullah in the second round of the 2015 draft, but this year they drafted Kerryon Johnson and signed LeGarrette Blount.  The Redskins land a solid player who needs a change of scenery for a late round pick.