What will Lamar Jackson do in his first pre-season game? Post your predictions 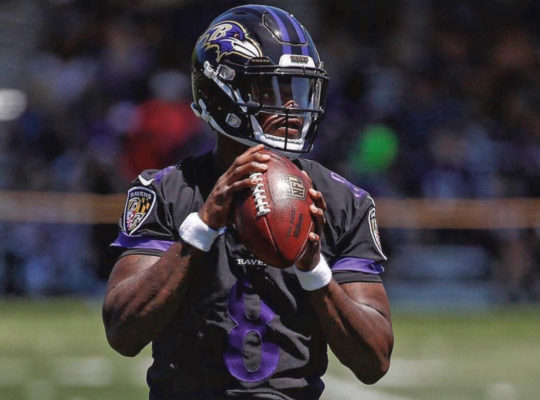 It is halftime in the Pro Football Hall of Fame game, and former Heisman Trophy winner Lamar Jackson is set to start the second half.  Jackson was drafted in the first round of the 2018 NFL Draft, and while many doubted his abilities, I personally felt he was one of the top three quarterbacks. I want to start a Twitter debate. I want to know what Lamar Jackson will do in the second half?

What does the Heisman Trophy winner want to show?

“I’m a quarterback. That’s the first thing I want to show off,” Jackson said. “Just show the growth, from college to my new chapter of life.”

Before being a first-round pick this year, Jackson made it clear that he wouldn’t entertain a position switch. He told teams that he would only play quarterback and not participate in wide receiver drills leading up to the draft.

So I want to know what do you think he will do in his first NFL pre-season game?

Will he throw more interceptions that touchdowns? Will he have over 100 yards passing? Will he rush for over 50 yards? Let us know on Twitter!!!