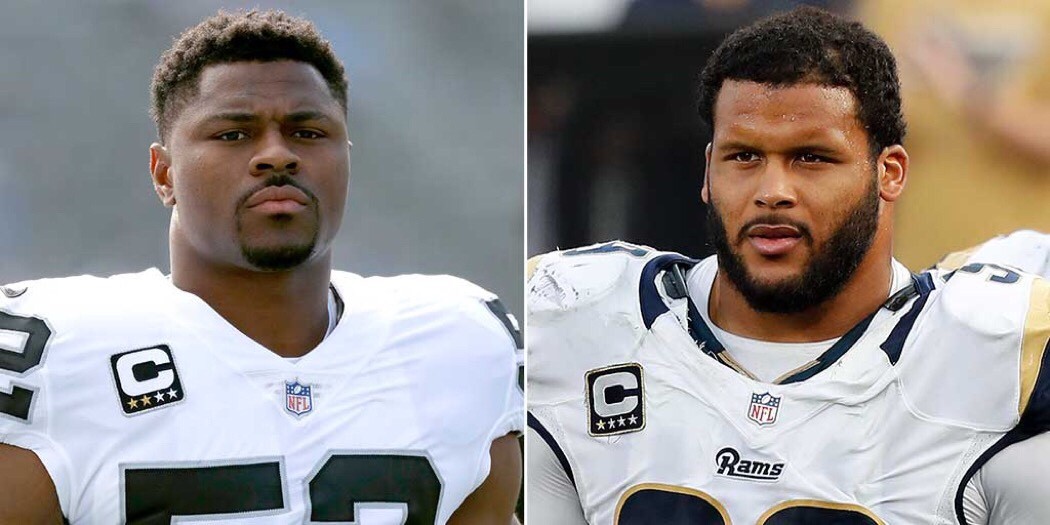 Both Aaron Donald and Khalil Mack are not happy with their current contract situation and the two are willing to take a huge fine to prove their point.

According to NFL Network Insider Ian Rapoport, Khalil Mack, who is not expected to report for the Raiders preseason tilt on Friday, is subject to an $814,000 fine for each game missed. Donald, who skipped the Rams Thursday night game, is in line to lose $405,000 per game.

The fine schedule is based on a Collective Bargaining Agreement stipulation that allows a team to dock players on their fifth-year option a game check per preseason tilt missed. Mack is in line to make $13.846 million on the final year of his deal. Donald is scheduled to earn $6.892 million, per NFL.com.

Do you think the Raiders or Rams could make Donald or Mack available for trade? If they cannot figure out their contract situation it could get ugly. But 400k to 800k is not chump change.