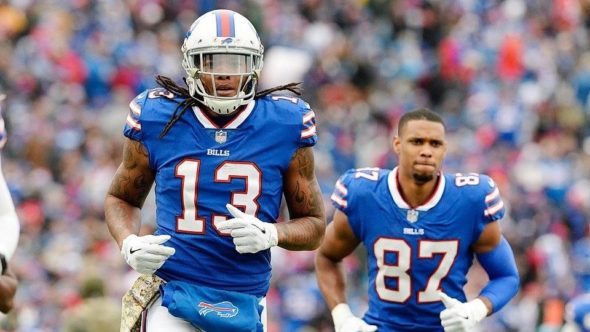 Here is what Benjamin told Tim Graham of the Athletic in a recent interview:

When asked to assess his time in Carolina, Benjamin said, “I mean, I felt like I would’ve been even more successful if… Looking back on it, I should’ve just been drafted by somebody else. I should’ve never went to Carolina. Truly, I just think Carolina was bad for me. It was a bad fit from the get-go.”

“If you would’ve put me with any other quarterback, let’s be real, you know what I’m saying?” Benjamin explained to Graham. “Any other accurate quarterback like [Aaron] Rodgers or Eli Manning or Big Ben [Roethlisberger] — anybody! — quarterbacks with knowledge, that know how to place a ball and give you a better chance to catch the ball. It just felt like I wasn’t in that position.”

Benjamin then went on Twitter to let the world know how he felt.

I am a huge Bills fan, and I hope that Benjamin tears it up, but what do you think about his recent comments? Should he have kept them to himself, or is it best that he gets it off his chest?