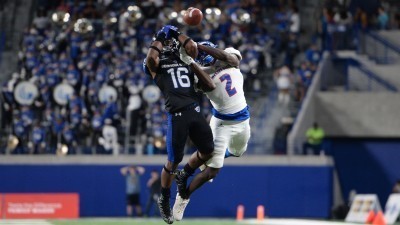 Jerome Smith is a ball player, and I am sure NFL teams will love his play 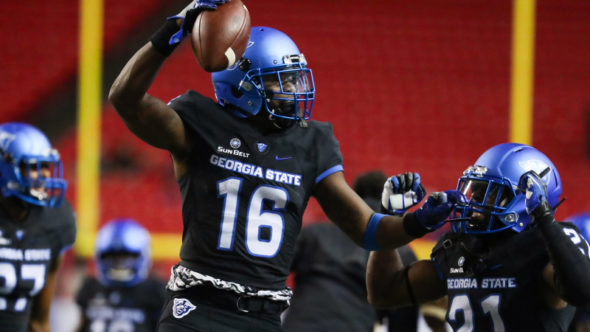 J.R. is a tough no nonsense explosive DB with the timing & execution to impress the big wigs.

A smart player and person,Jerome excels at what he puts his mind to a 3 year starter he is one of the best DB in Sunbelt history.  Had a better completion percentage when thrown at , then Minkah Fitzpatrick in 2016.

Aggressive great jump on the ball recognizing run plays or pass he fully understands the game.

Ballhawk clockwork timing, precision diver  always looking for the big play turnover or textbook tackle. Does not shy away from contact a strong tackles that plays a lot bigger than he is.  great instincts going to make a play some way whether a tackle a INT or a sack or batting down passes.

Smith is always around , playing the ball and has shown consistency in the secondary since he was in High school.

He can strive inside or out but he fits the mold of a nickleback , a guy you can have in the game against the pass or run.  Recognizes the run attacks explodes into the backfield to bring the RB to the turf. Savage tackler wrapping guys up like a sandwich with power along with fundamental technique. His speed, especially  his closing speed is tops in his class. When he gets the ball in his hand he is a rocket flying down the field.

Whether in off or press coverages he possesses the burst to make a break on a ball and close openings in a hurry. Has the  eye hand coordination terrific timing to be extremely effective on pass downs as well. Could also be a ST All Pro year one with eventual starting potential no later than year 2.

He has played all over the secondary at  GSU inside out CB or safety . Great hustle on the backend of the D can rundown opponents from behind never gives up on a play great feel for the game reads & reacts very well in coverage. Much like his former teammate now with Eagles Chandon Sullivan he is a versatile DB that plays with the intensity  & strategic hand placement drives & vertical ability to make him an early favorite of mine for the 2019 NFL Draft. He will be climbing up GM’s draft boards this spring because of his speed athletic ability & intelligence. Hard working young man with many Academic awards to his name.