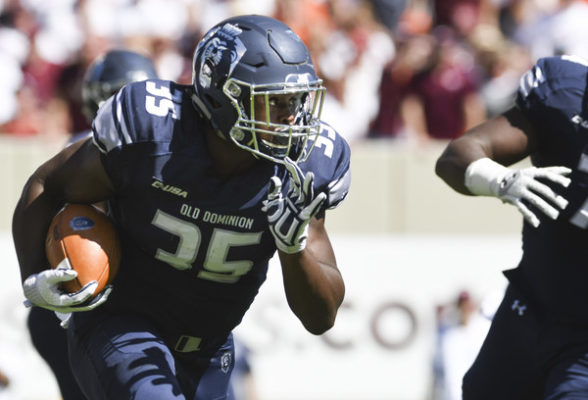 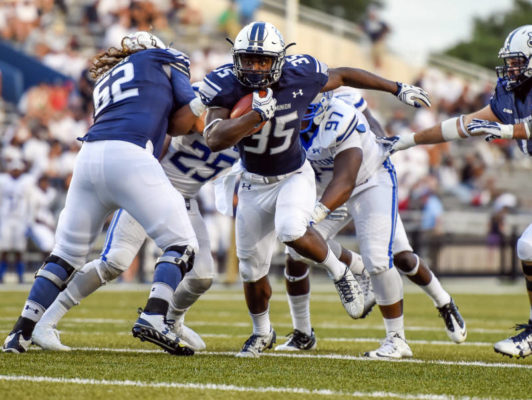 Big body power back can run over defenders with quick feet & elusiveness that’s unlike most backs his size. Powerful hard as concrete monster back at almost 6 foot 220  pounds he can straight run over people, like a tank. Built for the position thick hips and legs strong shoulders upper half & surprising burst and elusiveness. Big muscular  physical type frame yet it does not limit him to only between the tackle runs. I have watched him have success running to the outside. Have witnessed him hit the outside on a sweep with enough speed to outrun linebackers or DB’s not built like Cox.

Perfect balance, good vision hits it hard, solid bouncing off would be tacklers and stiff arm that can send DB’s to the turf.  Bulldozer with the perfect frame to be in on blocking downs & enough size to play a H back or FB roll if need be.

Used in the pass game sparingly but has shown the hands to make a catch  get good YAC after the catch. Soft hands with the ability to juke players without wasting motion quick move then full steam ahead.

Huge fan of a big old school downhill type back all day , Cox is different he can make good moves jump cuts to shake defender while still having the strength  scouts look for in a 3rd down or short yardage back. Could see him getting a late rd shot or priority FA type prospect.

He is  replacing now NFL back Ray Lawry as ODU’s number one guy and should shine as the main RB,although he did well even while Lawry was still on the team.  He has gotten bigger stronger every year thus far expect him to dominate as the lead back at ODU this fall.

He’s currently the 45th ranked back via draft scout .com , expect that to change dramatically by next April’s Draft.