There has been a huge debate around the NFL since Colin Kaepernick took a stance against the national anthem to protest police injustice in America. Since his initial protest Kaepernick has basically been barred from the NFL.

Now players including Jacksonville Jaguars second year stand out Jalen Ramsey stated today that Kaepernick is better than most back ups and even some first stringers. 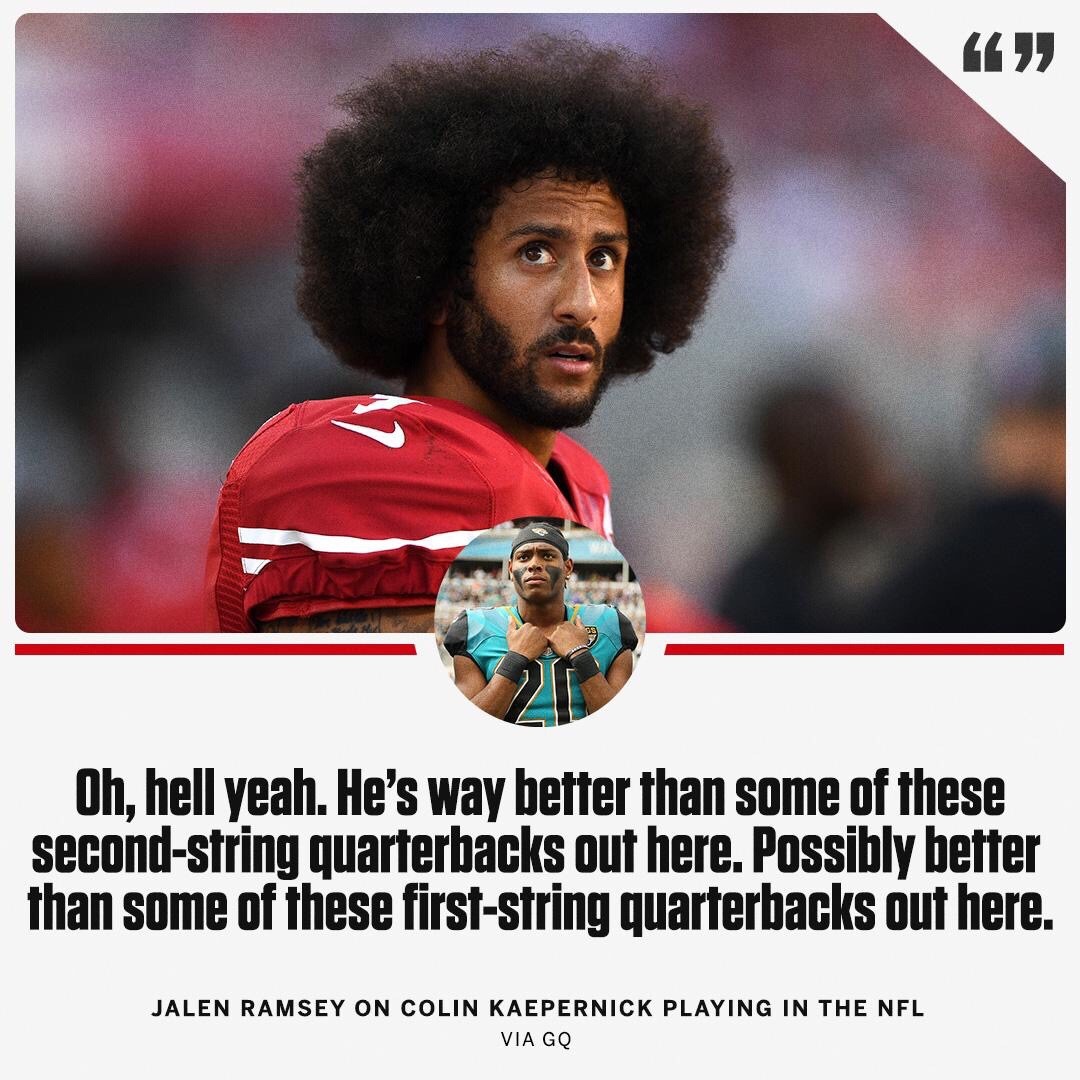 While it is one thing for an NFL scout to tell you that Colin Kaepernick is not that good it’s another thing when an NFL player says that he’s good enough to be in the league. Occlusion case is in courts right now and Colin Kaepernick’s behalf but I don’t know how they’re going to be able to prove that he has being harassed and persecuted for taking a stance.