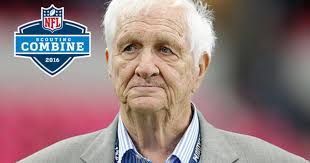 Many of the young twitter heads know about Gil Brandt because of his coverage around the NFL Draft, but he was an icon in the NFL for many years.  Both Brandt and Pat Bowlen the owner of the Broncos have been named as finalists as contributors to the NFL.

Brandt spent 34 seasons working as an executive in professional football, but is best known as one of the architects of the Cowboys. Brandt joined the Cowboys at their inception in 1960 and spent 29 years with the franchise, overseeing five Super Bowl appearances and two Super Bowl titles, and will now get a shot to be in the Pro Football Hall of Fame.

Bowlen has been the principal owner of the Broncos since 1984 and has overseen seven Super Bowl appearances and three Super Bowl titles.