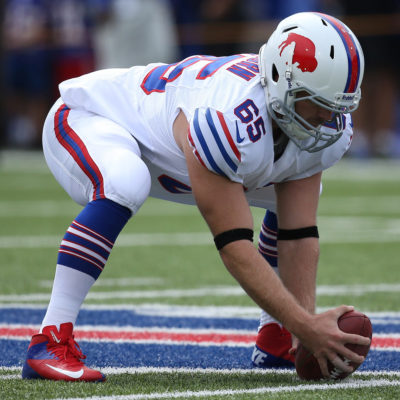 We are learning that the Tampa Bay Buccaneers are signing long snapper Garrison Sanborn. Sanborn signed with the Buffalo Bills as an undrafted free agent in 2009. One of the most consistent in the NFL, Sanborn was among the highest paid long snappers.

The former Florida State graduate and Tampa Jesuit graduate will return to the Buccaneers. Sanborn was on the Buccaneers last year but was cut then re-signed and cut again.

Sanborn only had one winning season in eight years in Buffalo — 9-7 in 2014 — and a result, he had seven different head coaches, counting a pair of interim coaches. He will look to bring his consistency to the Buccaneers this year.

The Buccaneers also signed former Heidelberg wide receiver Donteea Dye. Both were formerly with the team.