Five Bills players who looked ready for the regular season 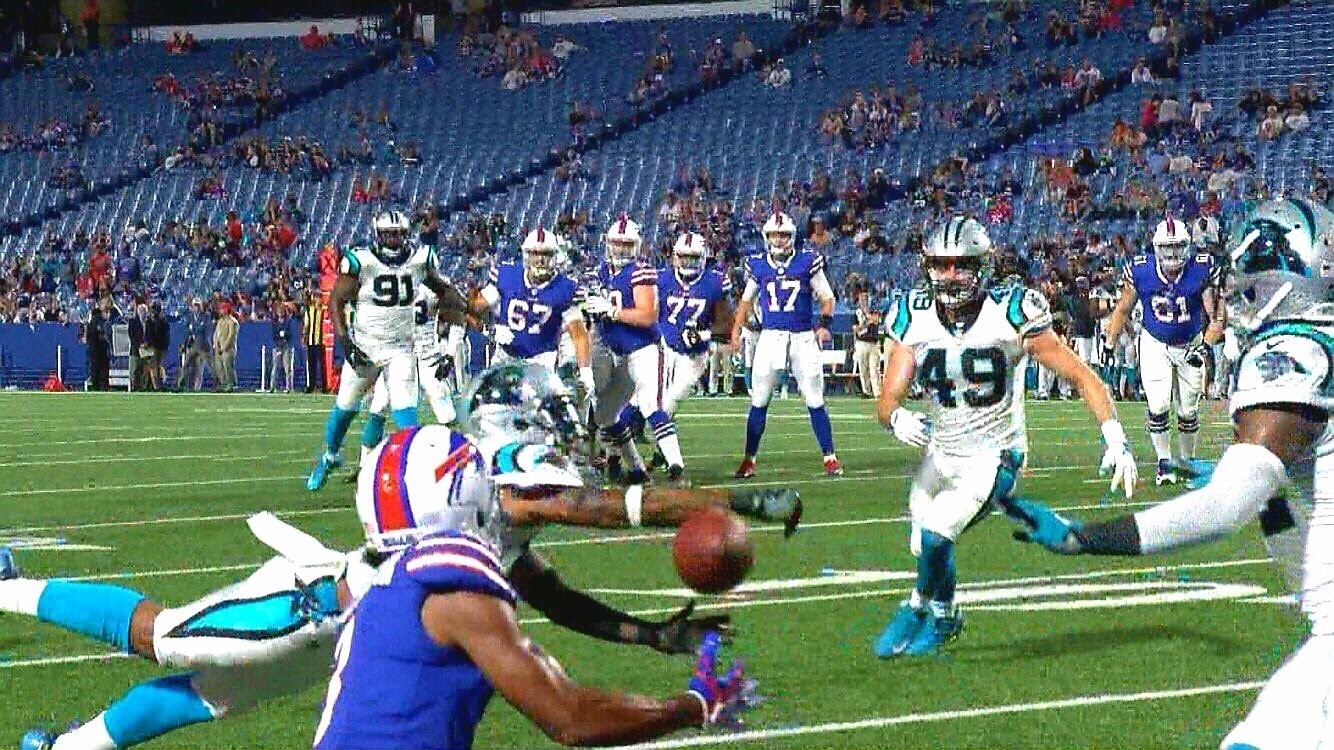 As many of you know I am a die hard Buffalo Bills fan, and watching the Bills is not always the easiest. Last night however, there were some positives that happened in their loss to the Panthers.

Here are five players that really looked solid in their first preseason game.

1a. Marcus Murphy – By far Murphy was the most impressive player on the field for the Bills. He definitely helped his stock last night. He is quick and has great moves. He can also come out the backfield and be a weapon in the passing game.

1b. Kelvin Benjamin – Are you kidding me, I hope this KB13 comes in the regular season like this. He was a dog last night against his former team. He had four receptions and a touchdown. He caught every target his way. That conversation with Cam Newton in the beginning of the game must have fired him up!

2. Nathan Peterman – Let’s be honest after last year’s play against the Chargers I was not sure he could rebound. He was possessed last night and drove his team down the field quickly for a TD. It was very impressive.

3. Mike Love – The Undrafted free agent from South Florida was a monster last night. His jump off the ball was impressive. He had several plays in the backfield and really showed burst off the line.

4. Wyatt Teller – Teller looked great for the Bills. The big offensive lineman from Virginia Tech had a mean streak to him. He really impressed me with one play where he crushed a DT with a hand strike and put him on his butt.

5. Ray Ray McCloud – The Clemson wide out had a solid punt return and several nice receptions. McCloud scores a touchdown on a bullet from fellow rookie Josh Allen. It was an impressive throw but an even better concentration catch.

– The most impressive thing in the game was the offensive play calling by Brian Daboll. The Bills were exciting throwing the ball all over the field.

– The most depressing thing was watching Robert Foster give up on three different plays. For someone fighting for a roster spot at receiver he definitely didn’t help himself.