49ers say they would take Eric Reid back, but there are stipulations… 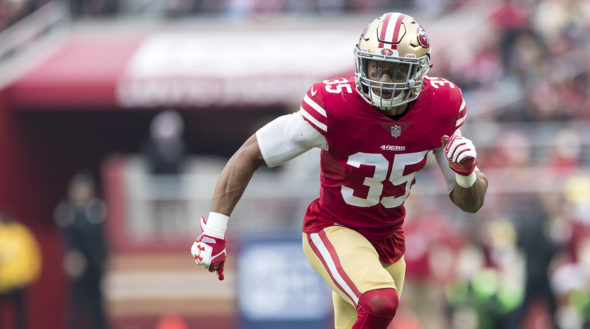 Eric Reid filed a collusion case against the NFL and he has still not found work.  Both Colin Kaepernick and Reid were the vocal leaders behind kneeling for the players around the NFL to bring social justice. Now both of them are out the league and neither have had contract offers that did not have stipulations to them.

Today the San Francisco 49ers, the former employer of both Reid and Kaepernick said they would take Reid back. They said they would definitely be interested in adding him back on their roster.  But Head Coach Kyle Shanahan quickly put some stipulations on the potential signing of Reid.

Shanahan told reporters Tuesday the Niners would only take the safety back if he were willing to play on a minimum deal AND as a backup.

“I like Eric,” Kyle says. “He’s a good player. A good person. And, that’d be great if we could have him in that role.”

In fact, Shanahan says it’s actually Eric that might be holding up the whole process of being signed — saying he thinks the DB wouldn’t “be that interested in” a backup deal, per TMZ Sports.

Can you believe this statement? It makes no sense.  He says he would love to have the All-Pro back but only at a discounted rate and as a back-up.  Why would an All-Pro want to be a back-up? What other All-Pros that are in their mid-20’s are back-ups?  I will wait until someone can answer that because I am not sure I know any.