After Josh Gordon returned to the Browns, Dez Bryant became an aftermath for the Browns.  The former Cowboys wide out made a statement this week saying Tom Brady has always been his favorite player. 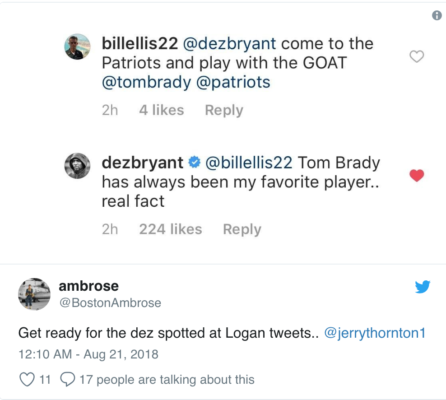 After releasing Kenny Britt on Wednesday, Bryant’s name kept coming up. Troy Brown who spent 15 seasons in New England from 1993 to 2007, doesn’t think Bryant is a good fit for his former team.

Do you think Dez is a good fit in New England?