Colin Kaepernick and the NFL will go to trail; NFL Denied dismissal 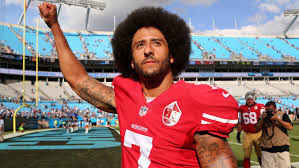 Colin Kaepernick will go to trail against the NFL.

Colin Kaepernick will not back down from the NFL, and today he won big.

The NFL lost big today when arbitrator Stephen Burbank announced his ruling that the case will not be dismissed, as the NFL had requested.

“On August 28, 2018, the System Arbitrator denied the NFL’s request that he dismiss Colin Kaepernick’s complaint alleging that his inability to secure a player contract since becoming a free agent in March 2017 has been due to an agreement among team owners and the NFL that violates Article 17, Section 1 of the collective bargaining agreement between the NFL and the NFLPA,” Burbank’s statement said.

Kaepernick and the NFL will now go to trial. The case will still be hard to prove, but if Kaepernick can prove the NFL is screwing him for taking a knee he is going to be paid big time.