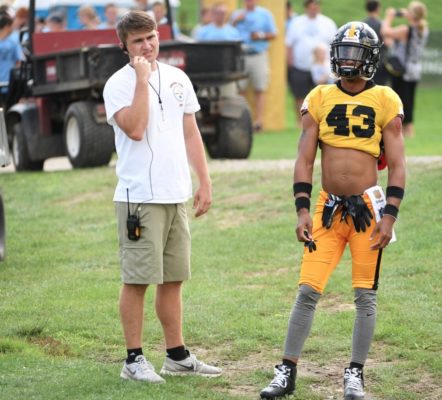 A man dressed in a Steelers practice uniform snuck into the team’s practice Saturday, disguising himself well enough to participate in team stretches. He reportedly got close enough to bark at wide receiver Antonio Brown, asking for a chance to guard him.