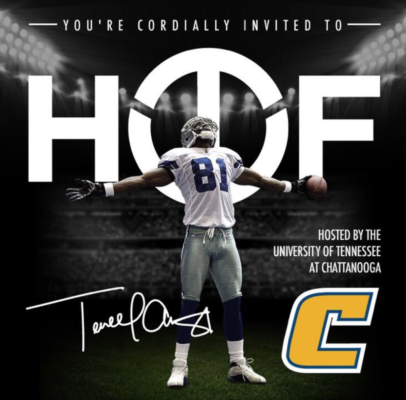 Pro Football Hall of Fame President David Baker told NFL.com this week that the reason Terrell Owens will not attend the Hall is because he feels he was disrespected for not being a first ballot HOFer.

“We talked, and basically I told him — it’s unprecedented that this ever happened — bottom line, I told him we were disappointed because we were looking forward to honoring him,” Pro Football Hall of Fame president and CEO David Baker told NFL.com on Wednesday.

“He had come here, probably around April — we have all the guys come in for orientation — and he had come in to be at the Hall and show him what we were going to do and all that stuff, and he seemed to have a good time,” Baker said of Owens’ visit to Canton. “He streamed the thing out of Facebook Live, I believe, the entire time.”

“You probably need to be asking him that question instead of me, but I think I can say this because it’s out there publicly: His rationale was that he felt disrespected because he’s not a first-ballot Hall of Famer,” Baker said. “That’s really what it was about. I explained to him that the selectors select the Hall of Famers, and the Hall of Fame, we are the ones that honorthem.”

Terrell Owens may not be attending Canton, but he is putting on a show for his Alma Mater. His Hall of Fame speech will take place at Tennessee Chattanooga where his entire journey began. This is from Terrell Owens himself via Twitter. 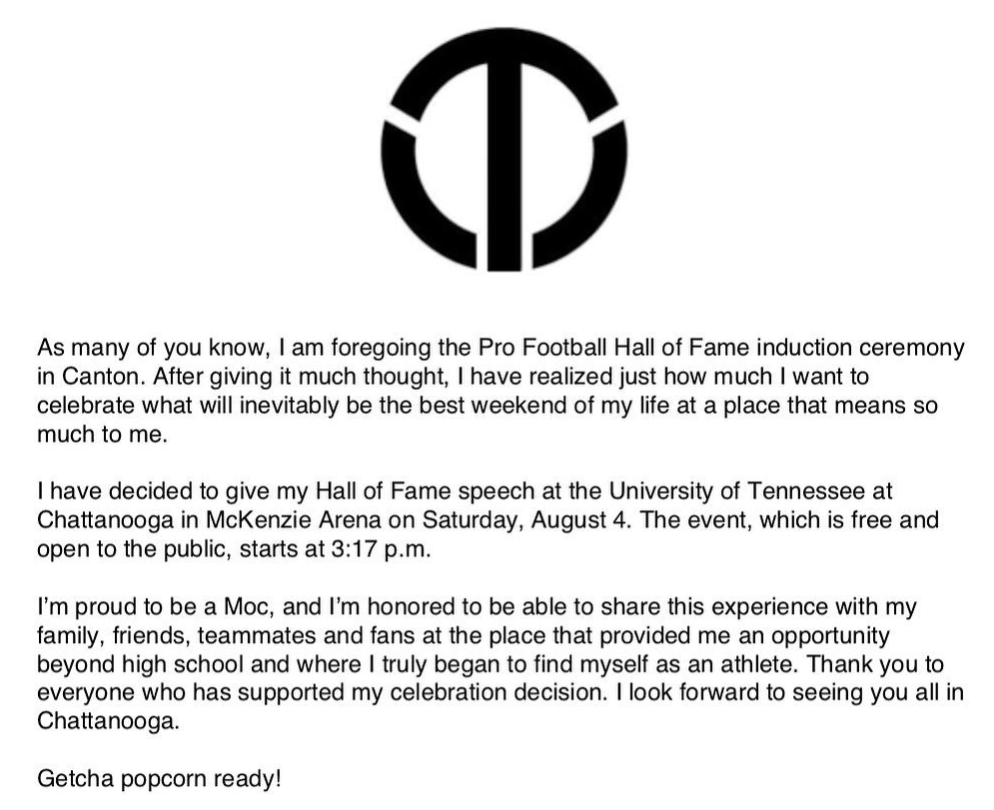