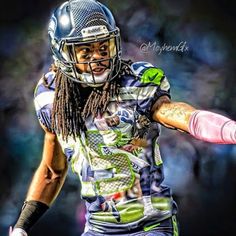 Sherman called out the Cowboys owner, and boy he went in.

“The owner of the Dallas Cowboys, with the old plantation mentality,” Sherman said of Jones. “What did you expect?”

There were reports that Jerry Jones told his players he would cut them if they decided to protest instead of standing for the anthem. While I am not sure he should be compared to slave times, he is the employer of the players. But Plantation mentality? OUCH, I want to know what you think.